Do we need charities ?? 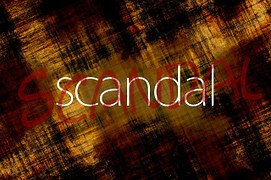 The story of Console has shone an uncomfortable light on charities and how they are regulated. Reading the headlines, it would be easy to conclude that nothing is sacred and that we live in a greedy and untrustworthy world. For every corrupt administrator though, there are infinite numbers of good people who set up charities and collect money for all the right reasons – to right wrongs and make a difference. Ireland is a generous nation – the World Giving Index 2015, taking contributions of time and money into account, ranks Ireland in the top 10 nations globally. We are all aware of many of our best and brightest carrying out charity work in developing countries, and the OECD’s Development Assistance Committee described as ‘impressive’ Ireland’s commitment to helping ‘the world’s neediest people while going through a tough economic time itself’. We can be justly proud of our donors and volunteers. 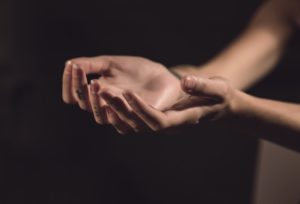 When issues arise in the charity sector they relate, most frequently, to the administration of donations and programmes. It is right then that charities are scrutinised to ensure that money is collected and disbursed appropriately. Should we also consider, however, that the sheer number of charities in Ireland may lead to inefficiencies and a laissez faire attitude at government level? Latest figures show that there could be up to 15,000 charities in Ireland. That’s almost one charity for every 200 people. Somewhere along the line more and more individuals became so disillusioned with government, or well established charities, that they decided to establish their own projects, find their own solutions. List of registered Irish Charities

By supporting these invariably well-intentioned efforts we may have let successive governments off the hook. Instead of demanding that essential social services be provided by the State we have allowed responsibility to be divvied up, in a sometimes haphazard way, amongst multiple charities. In what world does it make sense for the HSE to provide funding (without any checks and balances) to a charity like Console instead of seeing this service provision as under it own remit. The fact that Console’s CEO saw fit to use suicide to feather his nest is despicable but so too is the fact that we are relying on charities to carry the burden of responsibility for providing counselling to those bereaved through suicide. Likewise, we rely heavily on hospices to raise their own funds to provide palliative care at home for young and old. Simply Google ‘charities in Ireland’ to see for yourself how many are privately funding services that our government should provide. We as a society should be lobbying government to change the situation.

The fact is that two or more organisations are attempting to address the same issue doesn’t  necessarily lead to double or triple the impact. In the area of mental health the number of charities  has exploded over the past five to ten years and though awareness has improved we are nowhere close to addressing the problem. If you search the Internet for mental health organisations in Mayo you sure to find an exhaustive list – doubtless they’re all doing brilliant work but their efforts should be centralised. Headstrong, Seechange, Aware, Walk in My Shoes are all great examples of organisations doing trojan work in the mental health arena. These long established charities need to collaborate and to work in cooperation with individuals who want to see change happen faster. 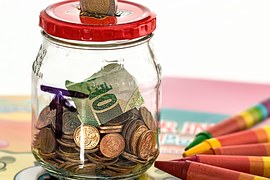 I’m advocating that, having paid sufficient taxes, we should expect that people with integrity, with a track record in business, with a thorough understanding of the issues that need to be addressed are put in charge of government-funded and regulated provision of fundamental social services. I’m not suggesting that this will be easy or cheap – perhaps, dare I say it, we need to pay a little more in taxes to make it happen. If I took a quick look at how much money I give annually to fairly random charitable drives it amounts to €500-€600, and that’s just the donations into which I have put virtually no thought. We have standing joke in my school’s staff room that when a teacher is ‘selling lines’ for a worthy cause (this can happen as often as twice per week) the first subscriber sets the tone – if you start the page with €10 everyone else follows suit….if only out of embarrassment! My argument is that I would prefer if these sums of money went in taxes.

If we’re going to take to social media or to the streets about what’s wrong with the charity sector we shouldn’t just demand organisational accountability, we should demand government responsibility for essential services – these are our basic rights.